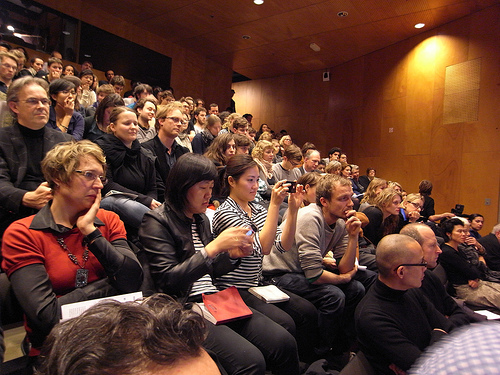 Now Online! Wouter Vanstiphout’s presentation on the Special Economic Block  during the Droog Design ‘WIJkonomie’ conference in the Netherlands Architecture Institute. You can read the text on our discourse page, but a video of the presentation by Wouter and the other speakers can be seen here. Also cool: the final discussion about self-hate and the criminalization of the poor. Sit back and watch! 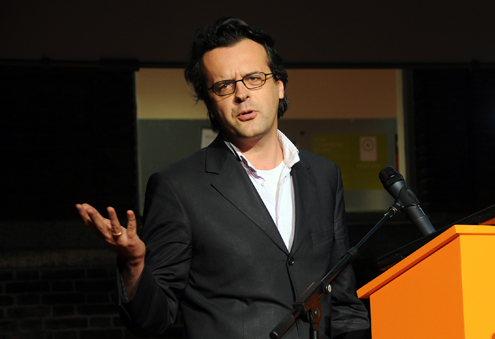 After a period of exams and final presentations, the faculty of Architecture in Delft will have some pretty cool events coming up and Design as Politics will be there! First on Tuesday (Feb.14) at 18:00, the why factory will present two new books ‘Hong Kong Fantasies’ and ‘Vertical Village’. After the book launch, Wouter Vanstiphout will join the debate with – among others- Winny Maas, Paul Schnabel and Arnold Reijndorp on city branding and bottom-up urbanism. Sounds like a lot of Fun! If you want more, check the Stylos Social Engineering Week, with lectures, workshops, exhibitions and debates around the… Read More

If you happen to be in Luxembourg on February 3rd, you should definitely visit the conference on Architecture, European Urbanisation and Globalisation at the University of Luxembourg. Wouter Vanstiphout will give a lecture titled Damn the Masters Plan!: Riots, Plans and Politics in Western Cities”. Do I have to explain more? The conference is open to public and free of charge, however reservation is required: march@uni.lu For those who don’t speak Luxembourgish: The conference will be in English

More background stuff on riots – this week we speak French. It’s  October 2005, when suddenly a wave of violence and unrest sweeps the modernist suburbs of France. A story of two boys, a tragic accident, thousands of burning cars and a hardline politician who would become president very soon. Two movies, two articles, and some music this week. The very first thing you should do is watch La Haine: a moving, amazing, and apparently extremely realistic depiction of life in France’s ghetto’s. Nice soundtrack, too. The movie can be watched on YouTube – in non-subtitled ghetto-French, which supposedly is quite… Read More

It’s procrastinate-o-clock again! This time, the most glamorous riot of them all: the Rodney King riots. Los Angeles, 1992. Lots of anger. Lots of guns. Lots of helicopters and cameras. And gangster rap. Ah, Los Angeles. Design as Politics loves it, admittedly because Reyner Banham does too. His book about the city is amazing, but this is even better: watching Banham himself cruise through town for about an hour is indeed an hour well spent. But that’s enough reality for now: more than anything Los Angeles is a place of myth and media and fiction. The city of course stars in… Read More

We at Design as Politics love New Towns – urbanism rarely gets more visibly political than when governments start planning entirely new cities. Also, operating in the DMZ between policy and design ourselves, we like interdisciplinarity very much. If you combine these two, you get a new INTI lecture series which will be held in the spring 2012 semester at both the University of Amsterdam and the TU Delft. I you’re a student of either university – or another one for that matter – and you got some (read: 10) ECTS to tackle next semester, do enroll asap: the program… Read More

Yes! Another lecture! And more tips on how to waste time on the youtubes! This week: the 1985 Broadwater Farm riot in London. Extra interesting because of the recent London riots – about which much, much more very soon. For now, lots of grainy VHS-format fun below. The first half of the 80’s were somewhat of a riotous period in the UK: the Broadwater Farm incidents were part of a larger series of uprisings. See for instance John Akomfrah’s Handsworth Songs (part 1,2,3,4), documenting racial tensions leading up to a series of riots in Handsworth, Birmingham (Wouter Vanstiphout’s favourite reggae band… Read More

Has the hunger for freedom and democracy of the late seventies and eighties in Barcelona abdicated in favor of the omnipresent unquestionable western neoliberal city model? Or are the catalan urban planners still feisty? Rebels or private lobbyists? What is the Barcelona Model? Was it over after the ’92 Olympics that “put the city on the map” or is it still operative today? Was it an instant-success short term formula or does it have more layering, deeper fingers on the the shaping of the city? For better or for worse? Josep Maria Montaner (alert: in order to understand Spanish wikipedia articles… Read More