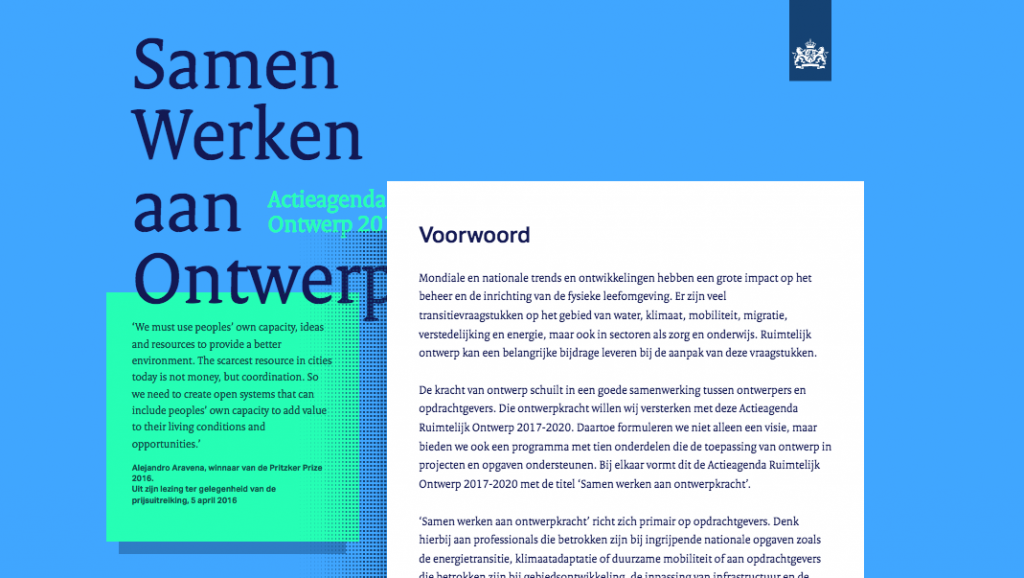 We are very proud to inform you that the chair of Design as Politics will continue for another four years! This was announced yesterday at the presentation of the new action-agenda on spatial design, titled Working together on the power of design (Samen werken aan ontwerpkracht) by the Dutch national government. As a consequence we’ll continue to spam you with our opinions, research projects, lectures, design studio’s, workshops, exhibitions and articles until at least the end of 2020. Whether you like it or not. Minister Schultz van Haegen of Infrastructure and the Environment (IenM) and Minister Bussemaker of Education, Culture… Read More 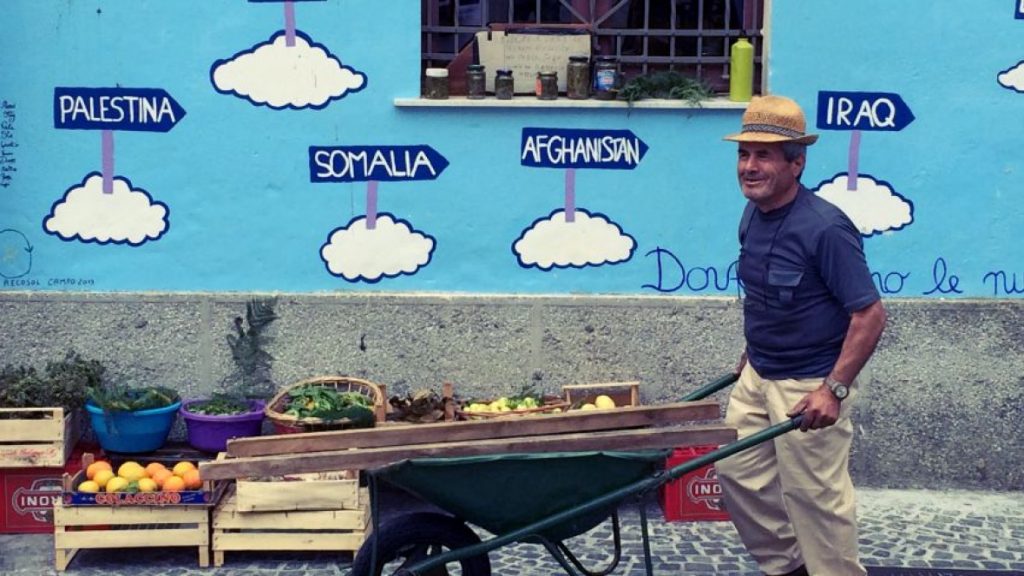 While many European countries, cities and villages are discussing how to solve the ‘migrant crisis’, the rural village of Riace in the South of Italy has found its own way to turn the influx of immigrants and refugees to revive their shrinking village. We at Design as Politics wonder what other places in Europe can learn from the approach in Riace? Why are migrants for example not located in areas where work is available? Can we deal with the refugee crisis not only as an isolated problem, but also as a far more widespread phenomenon? And can we think of… Read More

The Board of the Pierre Bayle Foundation has awarded this year’s Pierre Bayle Awards for art criticism to Design as Politics’ professor Wouter Vanstiphout and design critic Ed van Hinte. Both prizewinners will receive their award from Guus Beumer on the first of December in Het Nieuwe Instituut in Rotterdam. The jury praised Vanstiphout for its strong social commitment, his outspoken and literary way of argumentation and the great political urgency of what he addresses. The jury report states: “His quirky and independent vision is practiced from an ongoing construction of knowledge and a deep understanding of the cultural complexity… Read More

We are extremely proud to announce that our first book ‘Are We the World? – Randstad Holland, São Paulo, Istanbul & Rotterdam’ will be for sale from November 1st! In this book we look at the export of Dutch design and planning, which has been exported for decades across the globe. After a successful period in which the polycentric Randstad model was held in high esteem, followed by the fresh, modern approach of the Super- Dutch architects, the resources and expertise of Dutch institutions have been employed for projects in Asia and South America. But, are Dutch ingenuity, pragmatism and… Read More

One of the important factors leading to attractive cities and neighborhoods, is the quality of the public space. Still we know very little of what people really think of their immediate surroundings, while they are the ones who use it the most. This is one of the reasons our PhD candidate Els Leclercq is currently developing an app as part of her dissertation. The app allows anyone to assess, rate and record the quality of their public spaces in a simple way in their own time. This does not only generate empirical data about the status of our public space… Read More

“Ballot” is not originally an English word: It comes from the Venetian word ballotta, or “little ball.” For centuries, councils elected the Doge of Venice, who ruled the city-state, with small silver and gold balls. Now Venetians have put their modern equivalent to good use in a bid to declare independence from Italy. And they have a pretty good case to make for restoring their once-mighty republic. Last week, in a move overshadowed by the international outcry over Russia’s annexation of Crimea, Plebiscito.eu, an organization representing a coalition of Venetian nationalist groups, held an unofficial referendum on breaking with Rome. Voters… Read More

While political unrest and even riots reverberate through the streets of Brazil’s major cities, in São Paulo the 10th Architecture Biennial was opened on 12 October 2013. Wouter Vanstiphout’s office Crimson Architectural Historians in collaboration with The New Institute will organize the Dutch contribution, titled Track Changes. Track changes will contain conversations, presentations and encounters about the drastic changes that a society undergoes during periods of economic, political or social crises, as well as the role that architects and urban planners can play in this regard. An international group of architects, city planners, economists, architectural historians and critics will discuss… Read More

Wouter Vanstiphout and his office Crimson Architectural Historians have been selected together with FAT Architecture and writer Owen Hatherley, to curate next years British Pavilion at the 2014 Venice Architecture Biennale. The ‘super group’ had to compete with a team consisting out of architect David Knight, journalist Oliver Wainwright and planner Finn Williams to the job, which will see them put together an exhibition relating to Rem Koolhaas’ call on national pavilions to respond to the theme Absorbing Modernity: 1914-2014. Crimson, FAT and Hatherley proposed a project titled ‘A Clockwork Jerusalem’ with an exhibition concept that critically responds to Koolhaas’… Read More 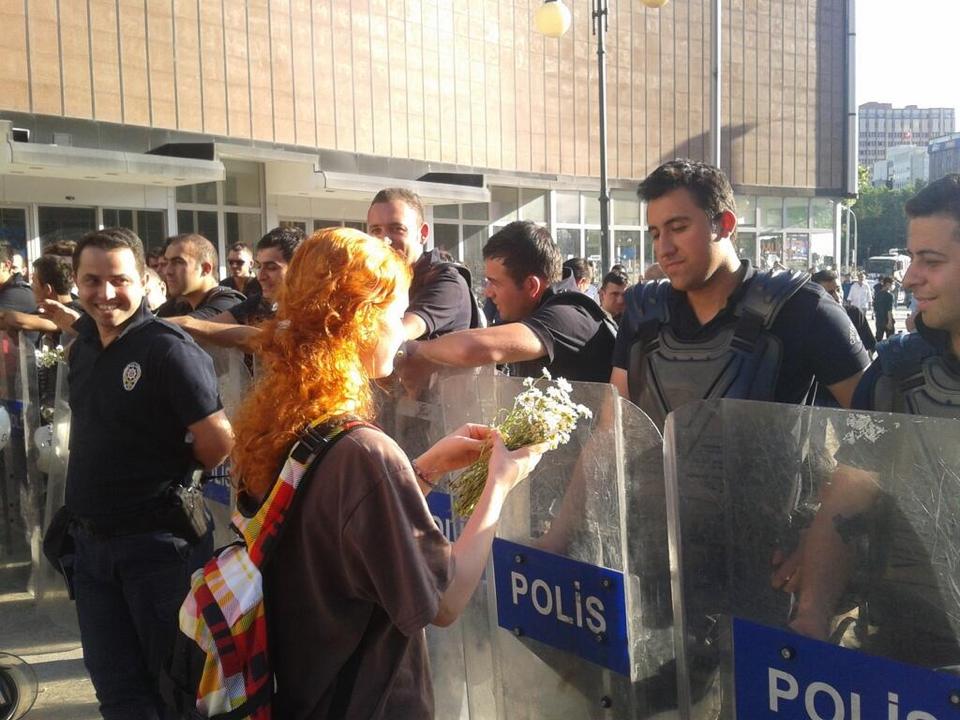 Turkey, rising star of Europe and democratic model of the Islamic Middle East, has been in the news in recent years for its steady economic growth. Now the world is watching thousands of its citizens’ humorous and friendly protests from Taksim-Istanbul and other Turkish cities. Seventy percent of these people do not support any political movement and 67 percent are under 30*. The so-called ‘Y’ generation is asking for the right to direct democracy. The conflict seems likely to last longer, as the old system’s gadgets – the police, parliament, and political parties – will need time to learn open… Read More

For the past few days, the citizens of Istanbul have been protesting against the demolition of Taksim Gezi Park – one of the few remaining green areas in the center of Istanbul. According to the Justice and Development Party (AKP) under leadership of Erdogan, the park has to be demolished for a large shopping mall and the reconstruction of military barracks under the ‘Lost Heritage Recreation Project, which was established to reproduce the Ottoman identity in the city. Hundreds of people have gathered in the park, design by the French architect Henri Prost, which was constructed in the 1940’s after… Read More