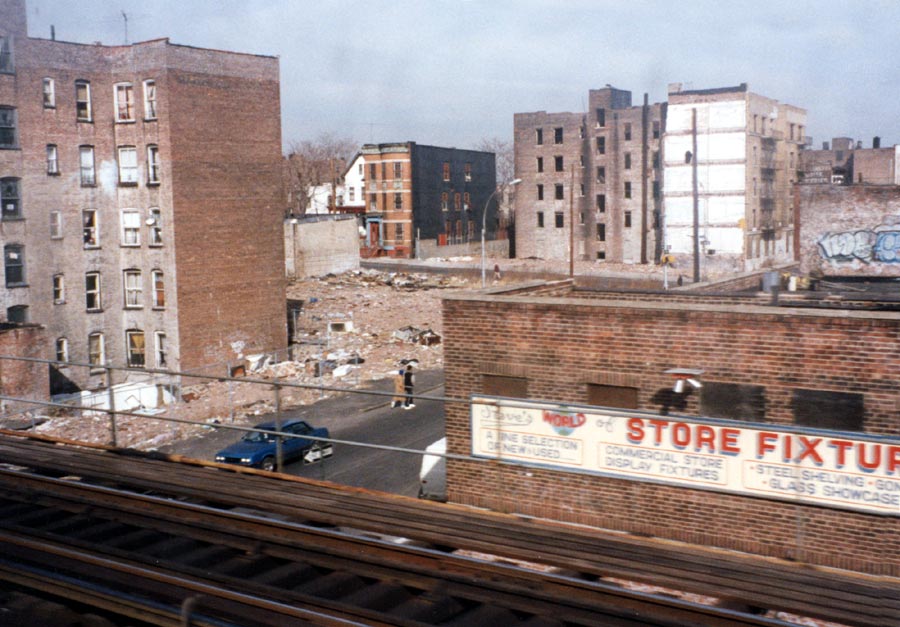 There is no such thing as bad publicity, right? Well Microsoft will probably disagree. Their recently registered patent for a new GPS feature was nicknamed the ‘avoid ghetto app’. This new software for smartphones and other portable GPS devices is intentionally meant to help travelers avoiding bad weather, tough terrain and unsafe neighborhoods. It uses a combination of information from maps, weather reports, crime statistics and demographics to determine the most effective route to their final destination. Sounds harmless and even useful, but Steve Ballmer (Here in Nova Collegetour) and friends are now being accused of potential racism and reinforcing stereotypical… Read More

This post accompanies part two of the Blame the Architect lecture series. This week we’ll discuss the 1967 Race Riots in Detroit; extra material for those who are interested or otherwise unoccupied can be found below. Firstly, please watch this before you do anything else Detroit-related: it’s made by Julien Temple and it’s an absolutely brilliant (8.0 says IMDB)  portrait of present-day Detroit. Yes, that’s a dodgy looking Russian website we refer you to, but unfortunately the documentary is pretty hard to find (or buy, for that matter). For those who like their documentaries sponsored by a shoe brand and featuring… Read More

He (three-part-documentary) not only renamed a country and most of its cities; he even forced its residents to change their identity. He not just embezzled an estimated 5 billion dollars while in power; he actually managed to become one of the world’s richest people while completely destroying a nation’s economy. He simultaneously was a CIA-backed anti-communist and a close friend of Nicolae Ceausescu. He not only had an ideology named after him; he also came up with linguistic gems like zaïrianisation for the main elements of this doctrine. Mobutu Sese Seko not only built a hydro-electric dam, a Concorde-proof airport and a nuclear… Read More

On Sunday, June 20, 1943, on Belle Isle, an island in the Detroit River an argument between a white and a black man turned into a fist fight and finally erupted into a full blown riot. Thirty hours later, 25 black and 9 white people had been killed. In order to prevent such violence from happening again, a study into cause and preventive factors was conducted by Earl Brown of the Public Affairs Committee, a non profit educational organization. Here a pictogram from his book ‘Why Race Riots? : Lessons from Detroit’ on how to lessen racial tension. 23 years… Read More

Bordering the brilliant and the insane: running for governor of California and proposing to ban all convicted pedophiles to a self-sustaining island. Plus –  attempting to make it sound more feasible by including a detailed plan of how to do this, too. Only in California.