We are very happy to announce that our New Towns elective course in collaboration with the International New Towns Institute will start again in April 2016!  In this special edition, we’ll be focusing on Havana, the capital of Cuba. Enrollment for this course starts next Monday, 23 November. 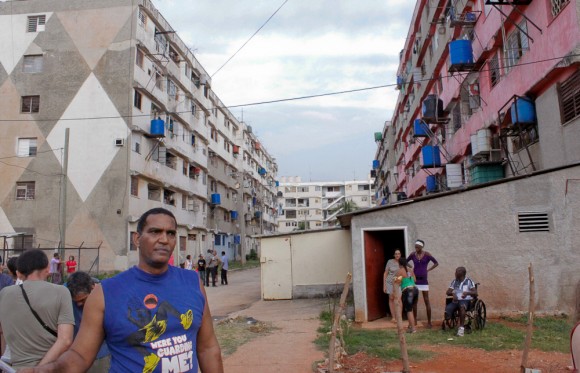 Havana is a city at the cusp of enormous change; the communist government is gradually opening up its economic system, while the United States are relaxing their boycott. This means that one of the most beautiful historic cities, with one of the most spectacular positions around a deepwater bay on the Caribbean, is open for the forces of the globalized economy.

In its existence of more than half a century shielded from capitalist pressures, it has however developed some unique characteristics and strengths. It has one of the most complete systems of urban agriculture, managing to feed virtually the entire city. It has a healthcare system based on prevention which makes it both cheap and effective. And its beautiful 17th century downtown area is one of the most impressive examples of development through heritage conservation. When Havana will change, will these qualities survive, or will they be sacrificed to a neo-liberal redevelopment strategy? The question this project wants to answer is how Havana can have its own specific form of urban transformation, that will redefine its strengths,in the context of an open society and an open economy. With INTI we will try and answer these questions by focusing on one of Havana’s youngest and most adventurous areas, the New Town of Alamar, large urban area with mainly prefab apartment blocks with 90.000 inhabitants, on the eastern side of Havana.

The project will consist of a number of lectures, a two week study trip together with the International New Town Institute, the CUJAE University of Havana and the Embassy of The Netherlands in Cuba. More info here