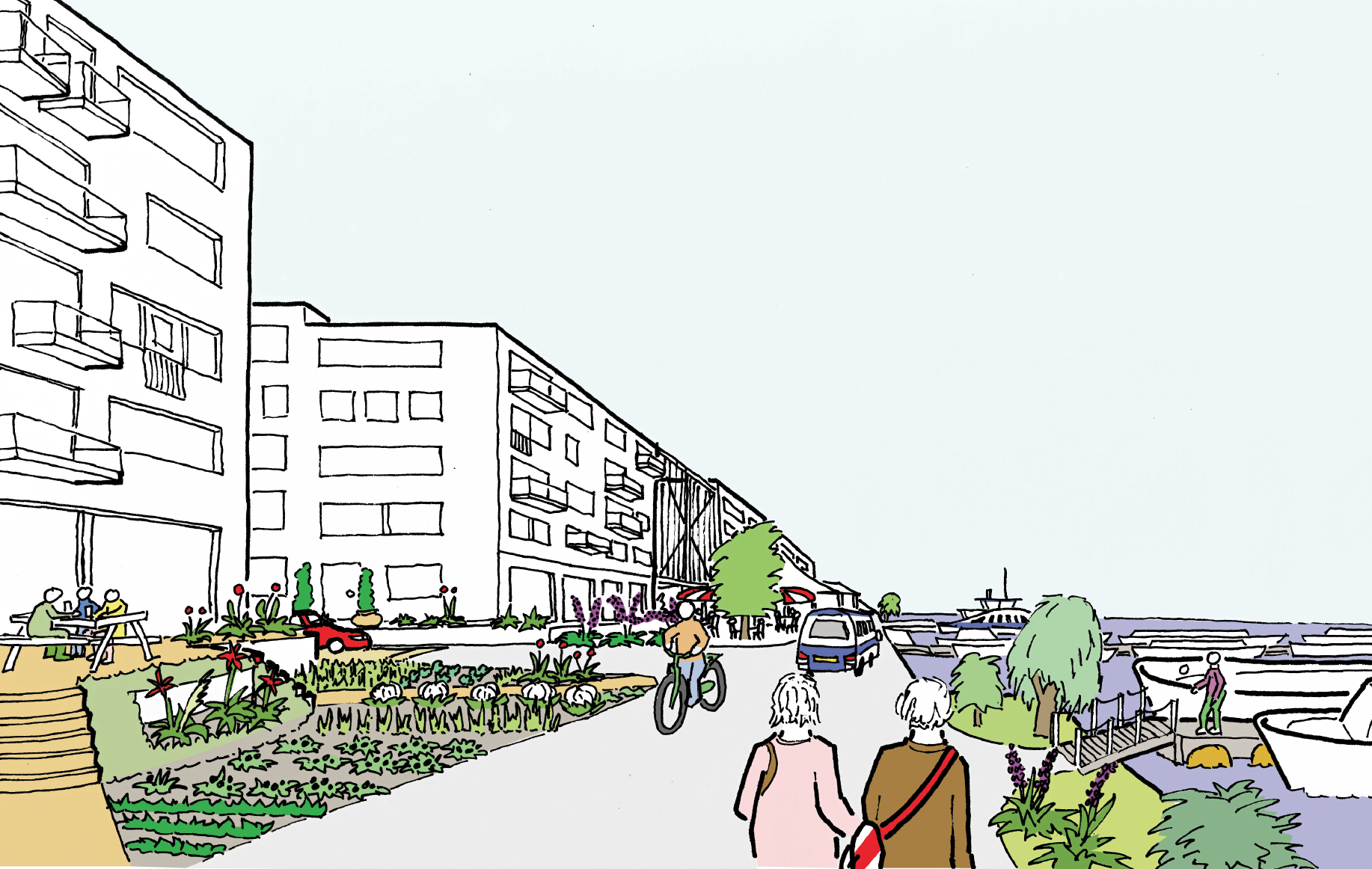 CAN YOU DESIGN SELF-ORGANISATION?

In a time when public and private investment is down, many Dutch governmental agencies champion self-organization. In the housing sector, the municipality of Amsterdam now experiments with selling small plots of land to individuals and building groups, under the heading ‘self-building’. Over the past century, the social-democratic values of the housing corporations were a key element in making Amsterdam the mixed city it is today, but these seem absent in current self-building projects. Therefore, my project aims to illustrate how a site can be developed by building groups, while still providing affordable housing and urban quality.

Houthaven, a disused waterfront site just west of Amsterdam city center, is the location for this. The urban plan connects better to the adjacent Spaarndammerbuurt and is cheaper than the current proposal. It contains attractive public spaces, partially taken care of by the buildings groups, alongside which building groups can combine living with business. The process moves forward block by block. Building groups send in their ideas instead of their designs. A block supervisor chooses form these applications to create an appropriate mix groups, so targets for financial strength, affordable housing and neighborhood program are met. Taking people with real proposals for building groups as the input, both idealistically and business-minded ones, I designed a type of city block which has open and closed sides. This way, the bock can contain different building group typologies and foster cooperation between them.