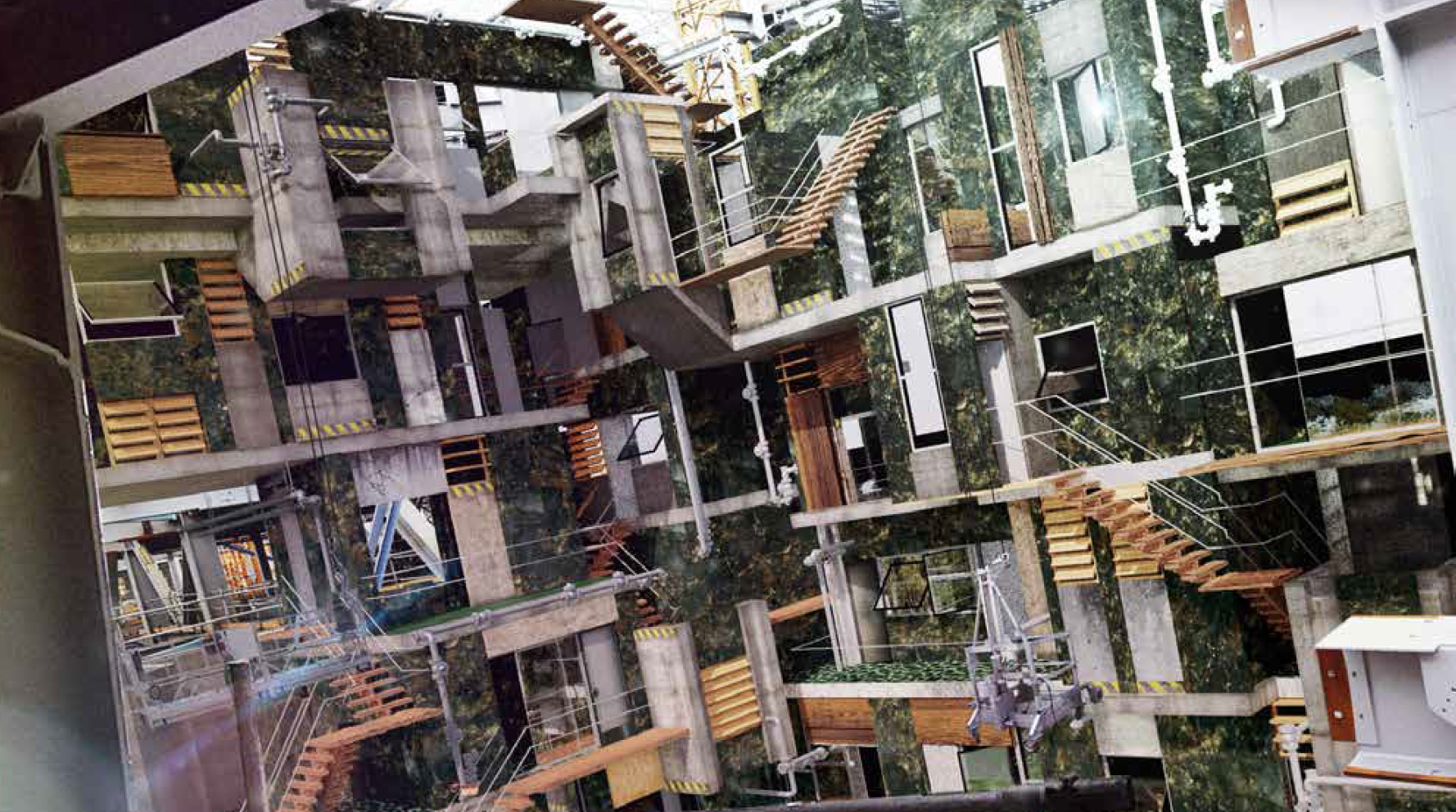 Contemporary buildings, strongly affected by the indubitable city branding that is experienced globally, tend to bow to the neoliberal environment that aids the development of their rarefied functions along with the globally controlled financial system that provides the elements for their manifestation. Under these circumstances, iconic architecture has become the new convention, unable though to counterpoise the needs of the masses, but instead leaning to the side of the corporations and the private interests. Our main point is not a mare arraignment of the current state of things or a lese majesty over starchitects’ production, but an in depth involvement to the out of boundaries principles that have come to characterized our future profession, where buildings are rendered by their edacity for financial profits.

The proposal for a new social housing block above a free–for-all public plaza will be further implemented in an urban ecology plan that is going to boost the sustainable aspects of the building while reintroducing the starters’ homes concept and the BG openness in parallel. The schedule for the upcoming building of the housing project is supported by the simultaneous empty plan for the Robeco Tower offices at the banks of the Maas River.

The building waste after the destruction of the Wim Quist’s building is capable of supporting the creation of the new apartments, which in turn will “fill the holes” of the existing [under construction] wielded steel skeleton of the Stadskantoor. The apartments are going to be generated after the collaboration with the interested citizens, through a process that resembles those encountered in already described projects, such as the Klushuizen [see: § housing as an asset]. The interested tenants will be given a “toolbox” that will aid them to decide on their own space in relevance to their needs, the money needed and the available material. Ultimately, our theoretical, “what if” statement will be denatured in a collage of unique spaces, materialized from the ruins of another building, which will fill the steel structure and make as rethink of the Timmerhuis in its essence.