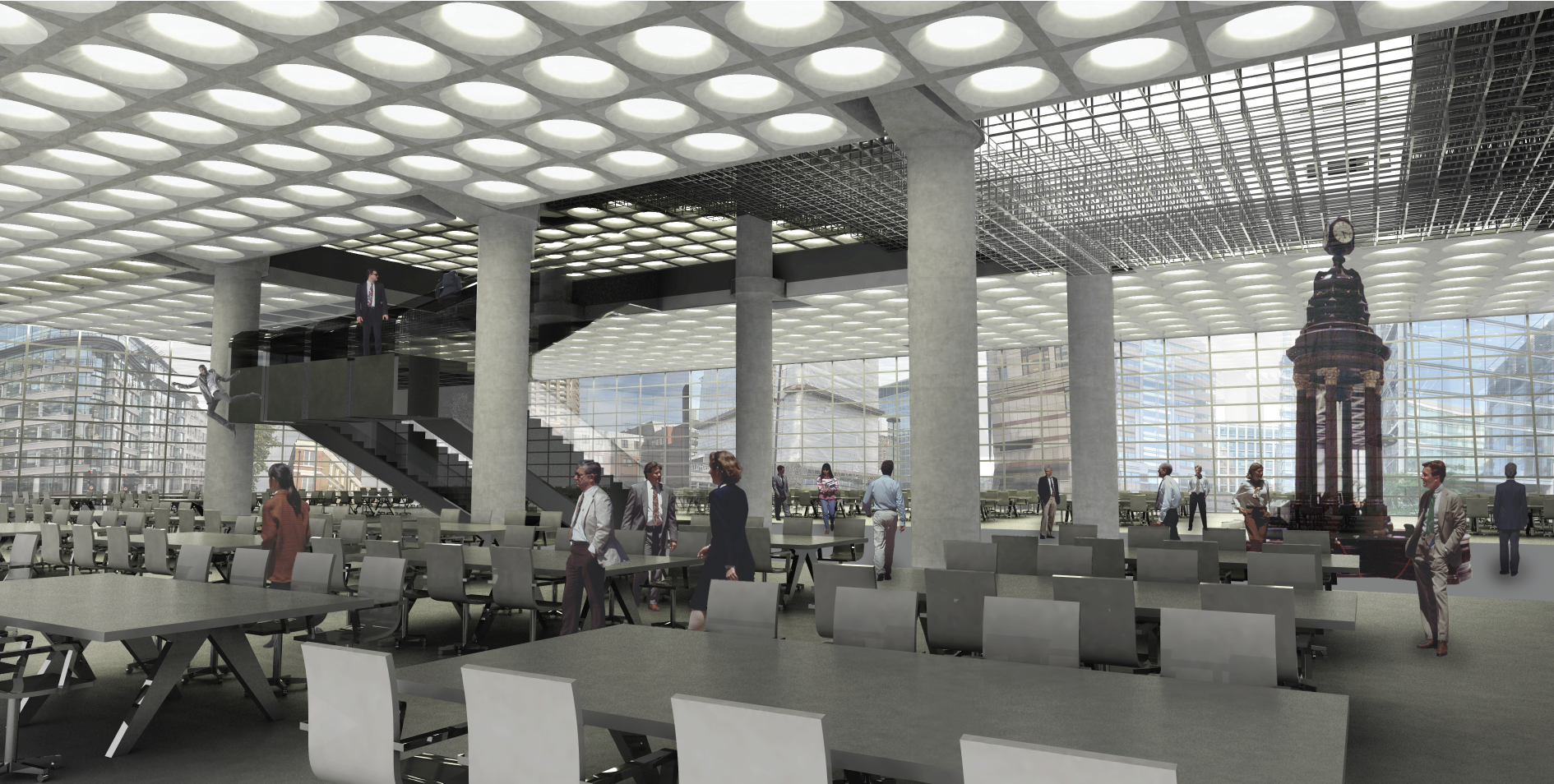 BANKERS BACK TO SCHOOL

The role of the architect is not merely the design of a space/building. The profession has much ground in common with sociology, economy, history, philosophy and therefore has the opportunity to deal with developments in society. In order to do so the task is not only to design a building but it should also go thoroughly into the assignment itself, especially program and location.
Currently there is a huge disagreement with the mismanagement of the financial system which is unsustainable and unethical. This disagreement is visible in the protests of occupy, the critiques in the newspapers etc. Moreover a large group of economy students is calling for a change in the education of economics and the financial system. It has to be more pluralistic and related to the real world.

An architect should examine such movements and their views, and include this in the process of translating a program into a design. Then those movements and their aims can become more visible and more real. Architecture is often representing a form of politics. In the (capitalistic) financial world the power of the clients is represented by towers of glass and steel (and the single client by the height of his tower). Thus an environment is shaped, according to the wishes of a few single clients. In this thesis I didn’t take a single client for granted, but the whole social context – with it’s protests, new perceptions and financial crises – is the client altogether.

I developed a program for an academic bank that could bring about an opening in the financial system. Where the education is brought into the “real world” and the real world is getting some reflection for a more sustainable economy. The location is than found in the heart of a financial bastion, the City of London. A new building is not designed but, in order to really infiltrate into the bastion, the program is split up into several sections to be designed and placed inside existing banks.

The design changes the bank from within, not only in material sense. The academic bank is represented through all the layers of the bank and together with a secondary network it is breaking up the hierarchy. The design is constructed out of a light-weight 3d open grid. It is serving as a transition between the bank and the academy with up-coming bankers. The translucency of the structure is merging the bank and university together in a University-Bank, but it is also a strong visual and spatial identity of the university itself.