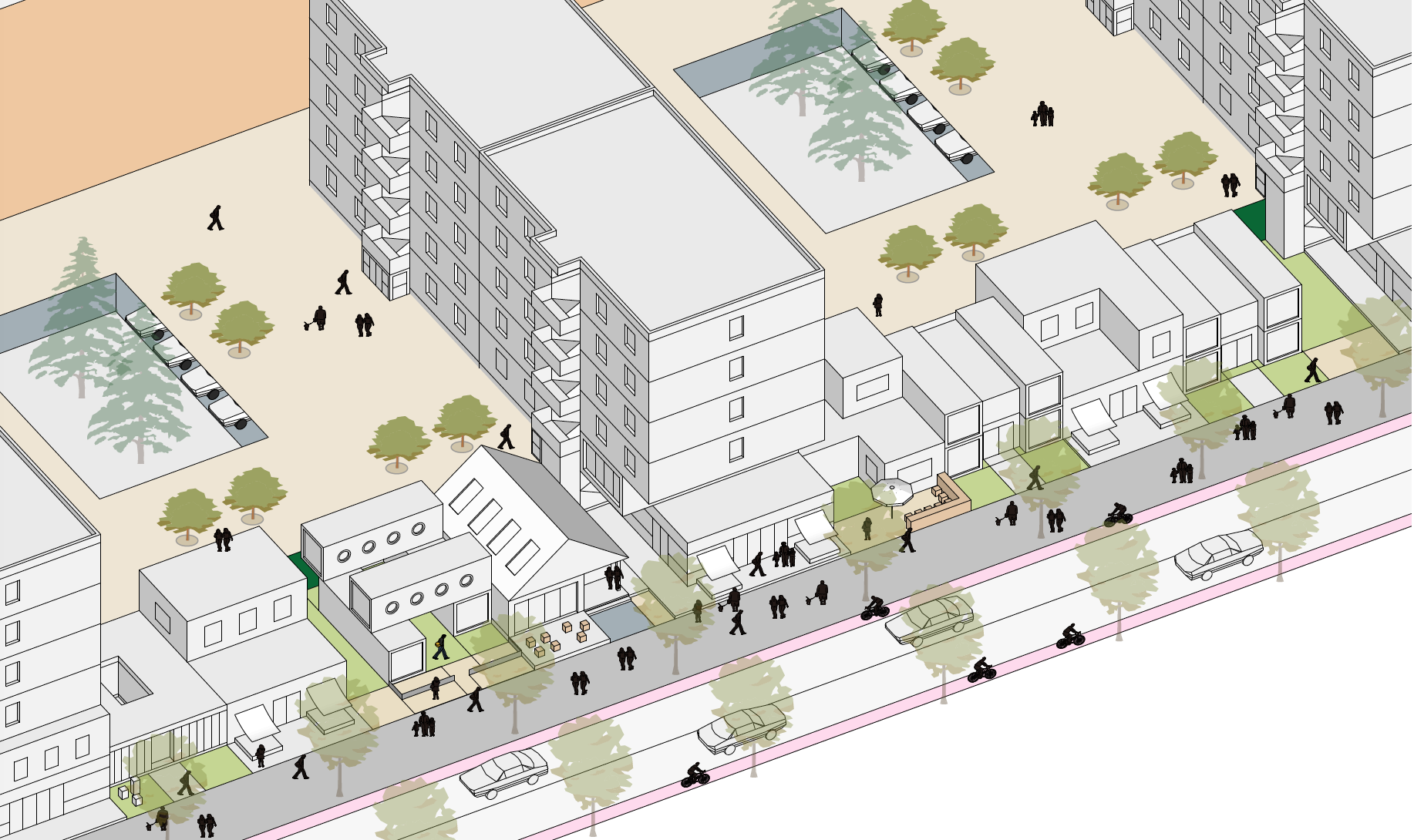 In the national level, many ‘ghost’ towns were appeared in China. Someone estimated there were 640 million empty residential properties (2010). Shanghai built several new towns in the last decade according to the ‘One City Nine Towns Plan’ in the purpose of housing the increasing population, seeking better environment, kick-start the regional economy, etc. However, based on the similar development model of urban extension as other cities in China, these new towns finally fall into emptiness (Most properties in the new towns were owned but empty). The Lingang New Harbor City is the biggest one of the nine towns, it planed to build a 74km2 city to settle 0.8 million population by 2020. But currently, the residents are only 45 thousand, of which the 35 thousand are university students. Moreover, the Lingang Central City which built for high class is in deadlock, the high class bought the property but are not willing to live here because there is few urban services, while the entrepreneurs are not willing to move in because there is not enough residents. The developers are unwilling to built the rest area due to the large vacancy, in return, Lingang Central City can hardly function as complete system.

Through this graduation project, I try to figure out the mechanism that drove the new towns into vacancy by especially looking deep into financial and political system. And try to find an alternative development model to vitalize Lingang New Towns, attracting more people to live here and avoid building more ghost neighborhoods in the second half of the scenario.

Lingang New Town is a plan initiated and driven by government, and developed by many semi-private and private developers. Generally, there are two causes of the emptiness or no vitality in the new built areas in Lingang: speculative scenario and problematic urban pattern. Almost all the new built area was filled by a problematic urban pattern that isolates people in huge impersonal landscapes that lack identity, safety, community, and a human scale. Lacking regulations or guidelines to stimulate vital new towns, the developers treated building new towns as fast mass productions of apartments in order to maximize profit.

The excessive Top-down decision making processes and focusing too much on short-term profits finally put all the actors in a lose-lose situation. Most decisions of building Lingang New Town were made by government, consultants and developers. They instinctively think from big scale, seeing people as numbers. However, architects and urban designers who see people as human, were not involved too much in these decision makings, let alone the serious lack public participation.

In respond to the conclusions of research, an alternative new town development model and several strategies are urgently needed to create win-win situation and achieve both short-term and long-term good for all the stakeholders.

In the current new town development model, all the actors are focusing too much on the short-term profits, for example, the municipality is willing to get fast money from sell land. In order to build long-term responsibility for a vital new towns, the mechanism of motivation and restriction should be built up. For instants, an alternative financial relationship should be built among different stakeholders, and more regulations and development guidelines are also needed.