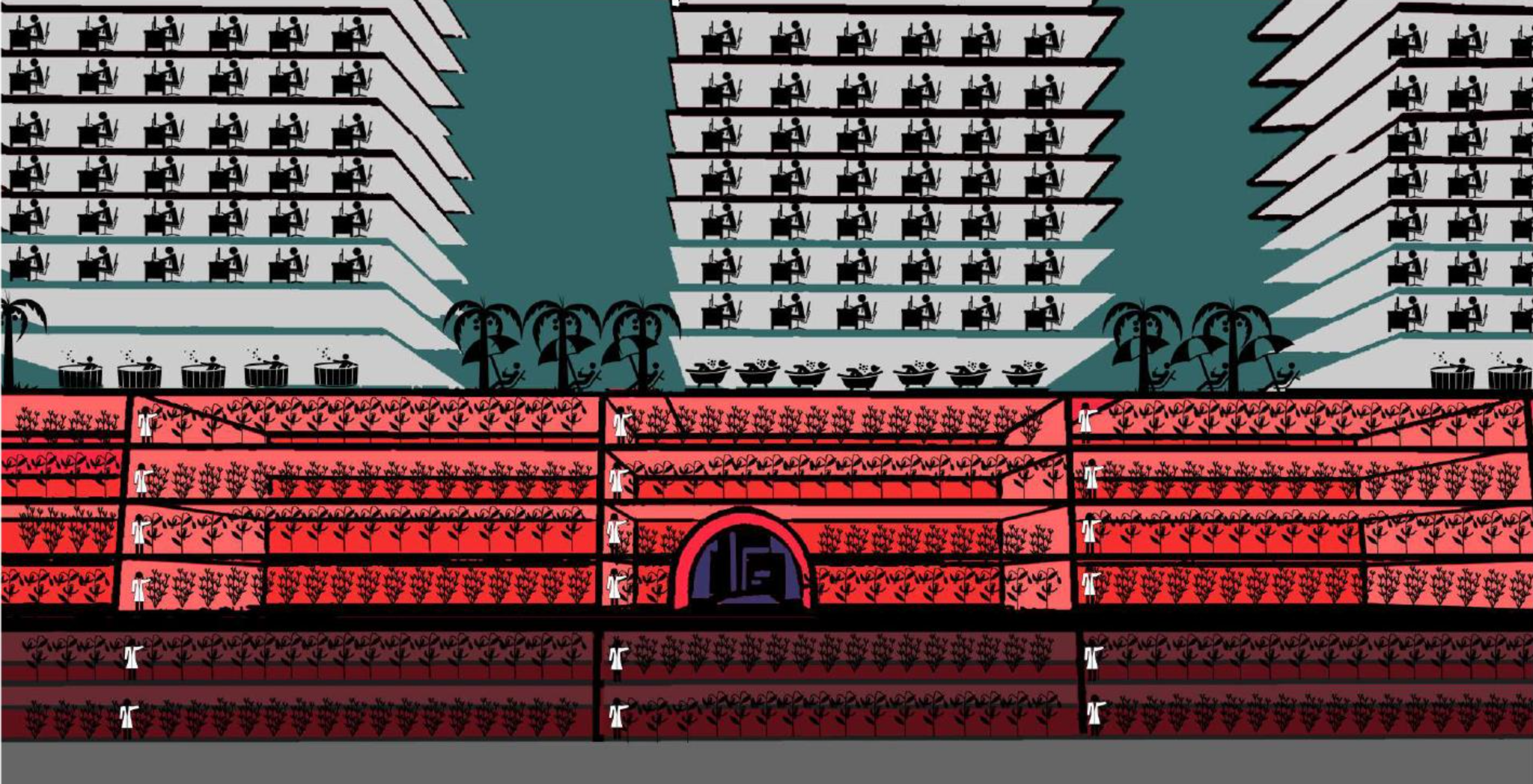 WELCOME TO MY UTOPIA! THE BABEL UNION

The Babel Union is an ideal place for the new comers in the city, for those who are excluded from formal welfare system, who cannot afford a descend living place, who have no chance to speak out for their rights. We all know the story of Babel tower, however, my utopia is a sequel to the story. By building special rules, it tries to recall people’s conscious of cooperation and community memory. Opposite to the original Babel story, in Babel village people who spoke different dialects sought to cooperate and build the community and a tower together.

China is facing an internal migration crisis, the scale of which cannot be ignored. In 2012, China’s internal migratory population (both inter- and intra-provincial) exceeded 250 million people. Within that population, those without household registration—effectively illegal aliens within their own nation—known as China’s “floating population”, exceed 160 million. Predominantly rural-to-urban migrants moving to the industrial centres of China’s eastern seaboard, this “floating population” is the disadvantaged lifeblood of the Chinese economy. In terms of urbanization and “floating population”, Shenzhen is a city that cannot be skipped. It is the first pilot city for the socialist economy market reform in 1978. In 2010, ¾ people who live in Shenzhen are floating population, which makes it the city with highest ratio of floating population in China. (6th Census of Shenzhen Municipality). “There are 241 villages within Shenzhen today, which in various ways use their rural vestiges to co-produce the city. These so-called ‘villages-in-the-city’ play a complex role in a context where the legacy of the urban-rural divide lingers as a critical social and material demarcation.” (Jonathan Bach, 2010, p.421-458.)

Urban villages in Shenzhen provide housing for 60% migrant workers, however all current redeveloping plan of urban villages are not sustainable enough. 1. They mostly ignore the tenants’ benefits, low income migrant workers are forced to move to suburb;  2. They focus on economic compensation for households but not enough social and cultural care;  3. They try to blindly urbanize urban villages without considering traditional village culture. My goal is trying to explore a more sustainable way to redevelop those urban village, maintain the traditional village value of it and improve the spatial and quality of it.

The four fundamental elements in my Utopia are: Wall, living cube, unit core and Babel tower. They correspond to four essential values of Babel village:The wall delcares the autonomy of Babel village; The living cube(shipping container)’s mobility is the symbol of freedom; The unit core shared by neighbours encourages cooperation; The babel tower is a think tank that stimulate knowledge sharing.

There will be 18 villages in Babel Union in 2050, 3 of them are New built villages, while 15 are transformed from existing urban villages. As we say, Rome was not built in a day, so was Babel Union. Gangxia is the first pilot village which explores  the new system. It took Gangxia 15 years to accomplish its goal.

Babel Union is not a closed system which excludes the outside city. We give priority to Babel villages and Babelians, however, we still cooperate with outside city a lot. The idea of Babel Union comes from the confrontation with the injustice existing in the outside society. The Babel village starts from a wall excluding outside world. It tries to explore a parallel  system as an alternative of the traditional welfare state. However, confrontation is not the goal and the wall wouldn’t be the result. I believe, when a system grows powerful enough, it is able to coexist with other systems, and the wall will finally dissolve.