“Anyone who believes in indefinite growth in anything physical, on a physically finite planet, is either mad or an economist.”― Kenneth E. Boulding”

The recent history of Rotterdam is history of relation of harbor and the city. One of the largest harbors of the world, also known as gates of Europe, is fundamentally driven by pursuit of economic growth. The city of Rotterdam has built itself foundations on surplus generated by harbor and its need for manual labor, but today goes beyond. The principle of urban development based on promise that economic growth will spill into social well being of inhabitants and endlessly rising GDP shaped Rotterdam into global business node and recognized place for high quality residence. So far so good.

When talking about the economic growth as precondition for improving the quality of life in our cities it is continuously overlooked that the planet Earth is a limited system. As planners we are constantly challenged to make cities more resilient and adaptable to changing conditions (ie. Migrations, short-term tenancy, working and living patterns, automation substituting traditional working class, environmental crisis on global level,  aging population, etc.). At the same time we have to make cities less demanding for the Earth’s limited ecological systems. Current emphasis on the economical growth as central concept of development should be tackled in order to manage this.

In 1972. a group of scientists from MIT named Club of Rome computed the future of needs for resources for a growing global population. Combining it with Malthusian skepticism on how much or how fast we can actually develop our technology and organizational systems in relation with population growth they predicted with frightening accuracy that by 2030 we will face global issues in production and distribution of necessary goods and energy. Their book ‘Limits of the Growth’ became a ground argument of later developed missile concept of De-growth theory – the intentional redirection of economies away from the perpetual pursuit of growth. 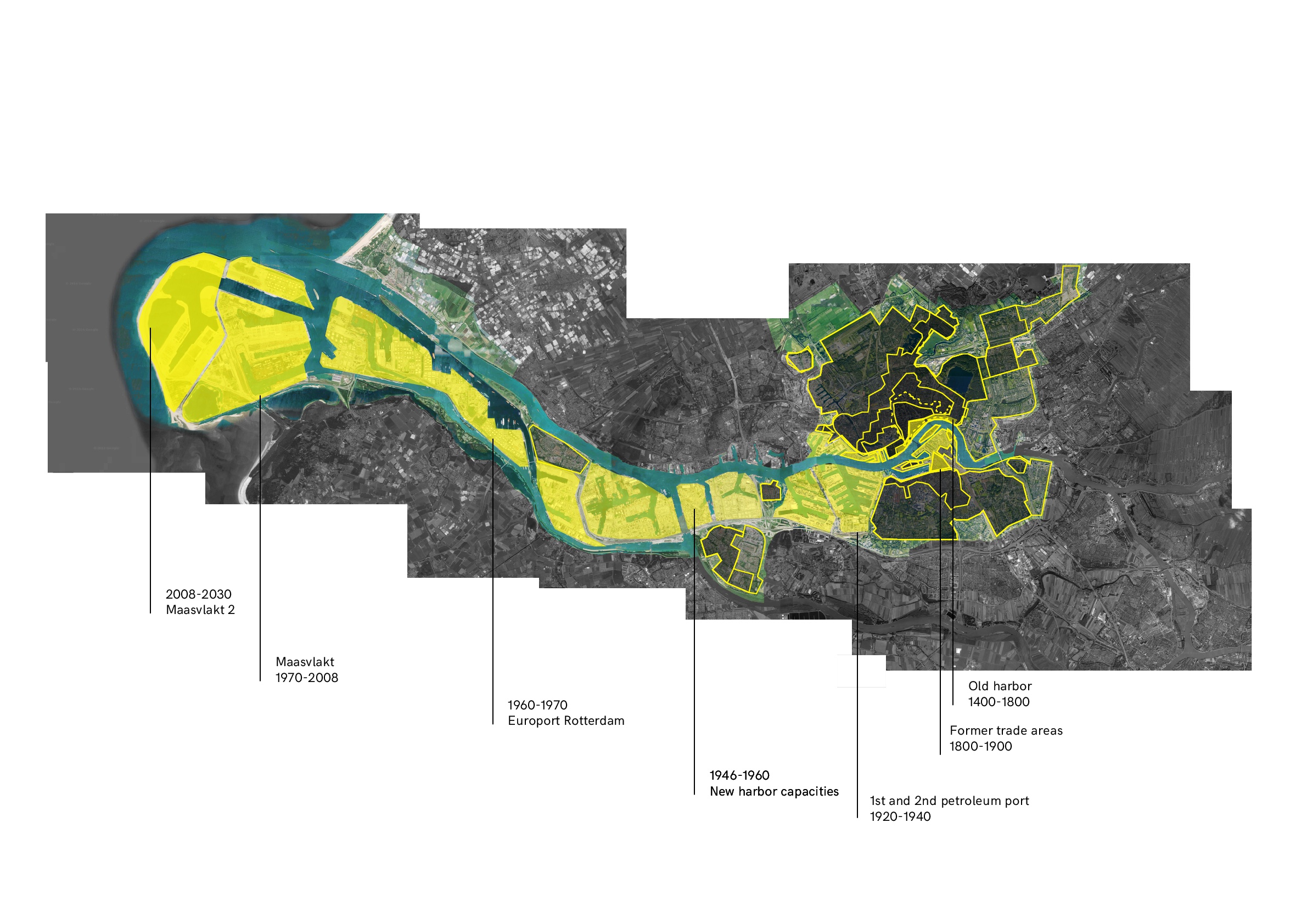 Goal of the project
The project departs from analysis of negative impact of growth based economy on the city planing. Exclusive and unaffordable housing, traffic pollution, misuse of public space, etc. are then addressed through De-growth principles into guidelines for new approach for urban planing. New spaces of care and commons are imagined within existing urban fabric.  Intended limits on motorized traffic open space for slow street-scape and urban wilderness. Concepts of ‘freed’ time and unfamiliar homes are tested on brownfields of transforming harbor and so on. The objective is to open up conceptual space for imagining and enacting diverse alternative futures that share the aims of downscaling affluent economies and their material flows in a just and equitable manner. (Kallis, 2015) 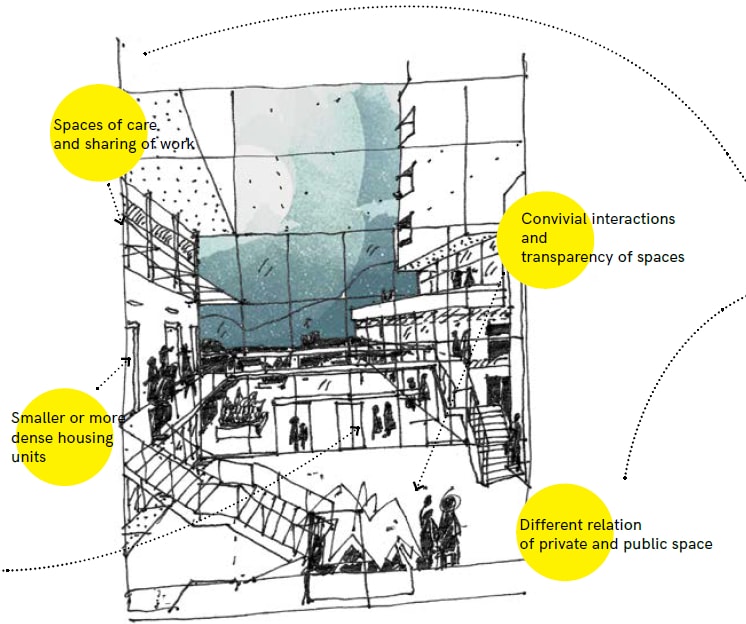 Design Description
The imperative of growth goes together with strong top-down tradition of Rotterdam’s planing. The project tries to set a path for different directions and aims of city making. Continuous transformations that take place on boundary between the harbor and the living areas are the key for looking for locations to seed a new urban vision. On the two kilometers wide strip stretching from north to south of Rotterdam seven locations are chosen as test cases .  Each location presents one generic urban type that is drawn before and after pursuit of growth is left behind.

Design draws a closer look into the every-day life of degrowing city and sets the parameters for urban planing that are transferable and scalable. For this reason each of them is designed by criteria developed in five topics: mixed use, density, public space, energy and infrastructure.  The emphasis is on two elements: new housing/working structure and new urban element that cuts the urban fabric inspired by Haussmann’s boulevard, to slow down traffic and dynamics and include energy and food production in the city.